Developed as a final thesis project for BSc. Multimedia at Dublin City University, Blowaway was the culmination of a research project investigating traditional play and playthings and how they could be augmented using digital techniques. 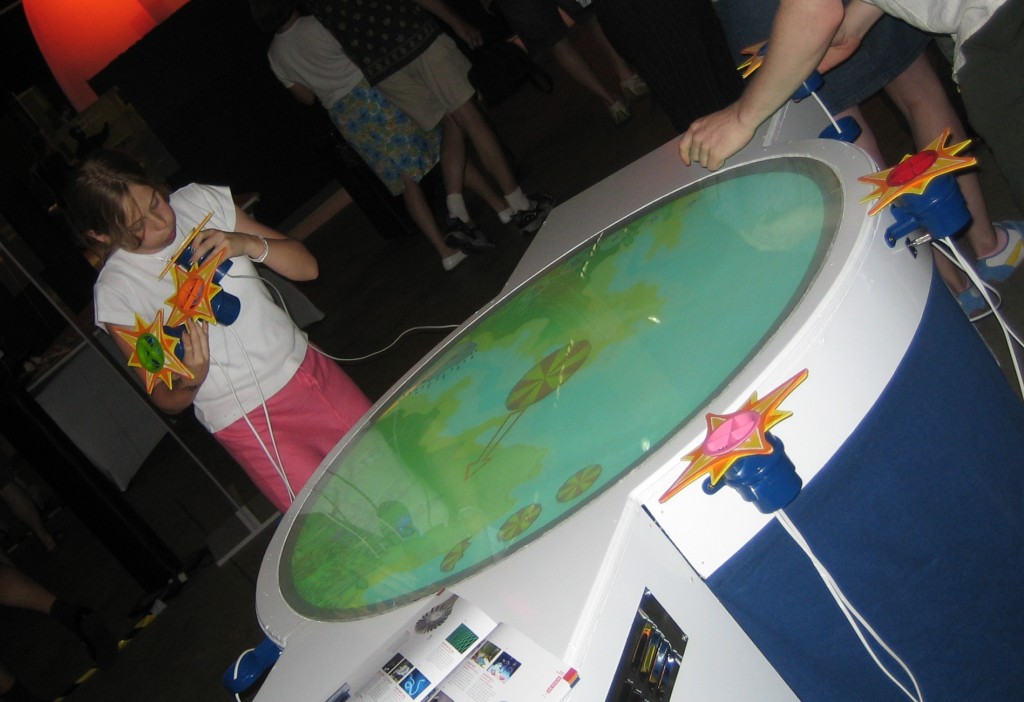 A young visitor tries to “hack” the system and play solo.

After extensive research into developmental play and various types of traditional toys, we resolved to create a collaborative, physical game which broke down some of the gender specific conventions of video games. “Blowaway – The Winds of Therslow” introduces the evil Moslow, who has been banished from the Therslow. Vowing revenge, he has broken up the sun and scattered it’s pieces around the four lands of the kingdom.

The princess has ordered a hot air balloon be built, and your team must steer the balloon safely through the skies to collect the rays of sunlight again and banish Moslow forever from the land. The game is played by six players who surround the circular table, each holding a controller.

Each player can “blow” the balloon in one direction only (away from their perspective) and so must work together in order to safely steer the balloon around obstacles and collect various bonuses along the way. Testing with school groups revealed some problems with the control system – which proved in need of careful calibration to ensure players didn’t run out of breath. 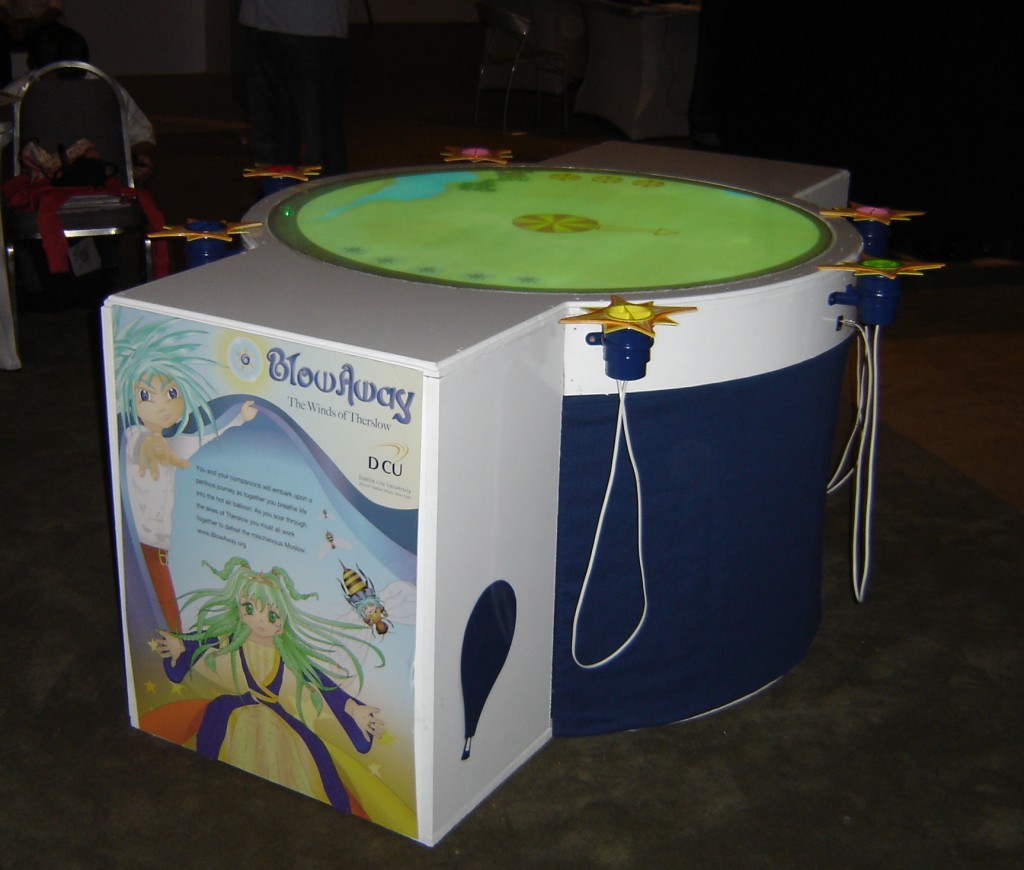 Tests also quickly revealed that the game was very successful at team building, accelerating a dynamic withing groups in which leaders emerged and team spirit and co-operation were quickly fostered. Blowaway was developed in Macromedia Director and featured a 2D tiling engine with parallax, interactive audio, full-stereo soundtrack (reactive to gameplay) and it’s own custom level editor. More information on the software developed for the game can be found here.

The project was nominated for a EuroPrix Top Talent Award in 2004 and has been exhibited in Dublin, Vienna, Chicago (Wired:Nextfest 2005), and Copenhagen (NEXT05 Festival).