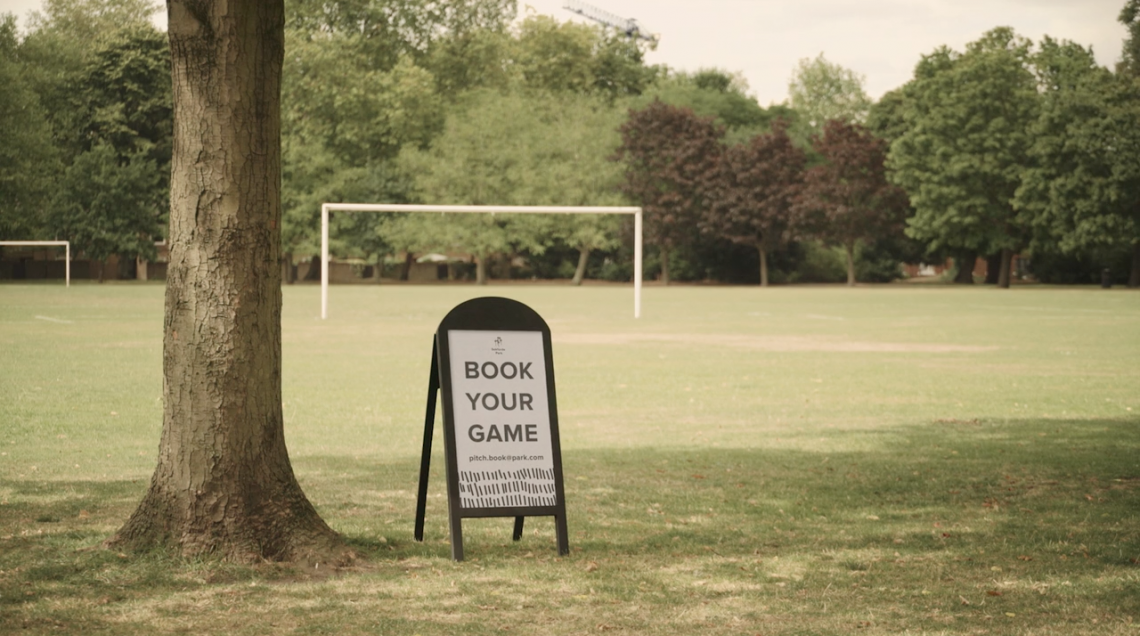 In 2015, I was lucky to lead a great team at Future Cities Catapult as we investigated potential applications for e-paper technology as signage in some of the quieter areas of the city. The project, of course, evoked many other considerations and possibilities. 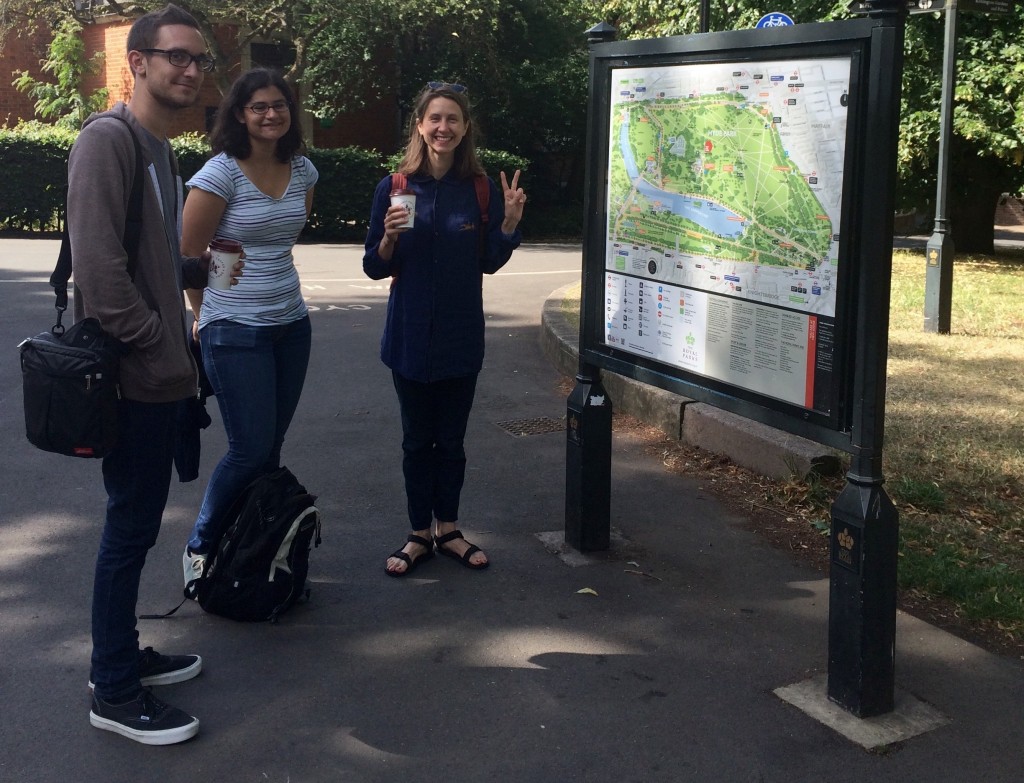 We set out to understand the day-to-day operational challenges of a park. Working in one of London’s busiest, we set about understanding how people use the park, how signage is deployed and how it is interpreted. We took time with park staff and learned of many pressing issues, from events management to the endless tension between cyclists and pedestrians.

Signage is a necessary evil in parks, and generally in these urban oases the policy is to keep it to a minimum, but some information is essential. E-paper offers a dynamic signage solution, which could reduce clutter and increase relevance, in a less obtrusive and less energy intensive format when compared to LED displays.

The team produced the above video prototype to evoke both the “low hanging fruit” applications for this technology, but also the potential for new interactions in a world where signage bears real-time relevance to the environment and is not just seen or read, but interacted with by park visitors.

We prototyped the initial idea using an Amazon Kindle e-reader in the street. The clarity and contrast of the display was immediately striking. Along with this, there is a calmness to the fact that these displays give off no luminance. It’s difficult to quantify, but try it yourself… put any e-reader out in the sunshine with text in a large font on the display, the result is beautiful but not attention grabbing. 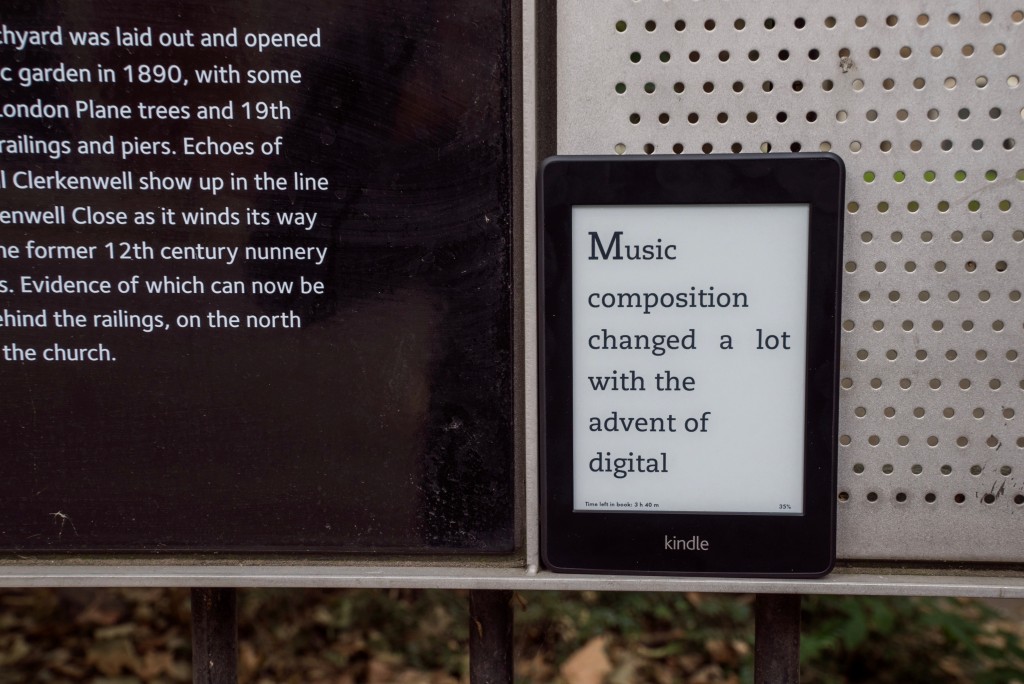 The mind boggles as to the potential for exploration in designing for peace, focus and calm in our cities. It’s not just a high-brow design goal, corporate anchor tenants who might employ hundreds or thousands in a city are more and more concerned with the public space available to their employees as meeting places and workspaces. Calmer places to “be” might mean healthier economies.

In addition to the subtlety of this technology is it’s power. E-paper displays can be considered “actuators” in the environment. This is to be distinguished from other connected urban infrastructure, like traffic cameras, air quality sensors and weather stations, all of which  measure certain variables, but do not act upon them. In the race towards the “big data” revolution I have watched researchers and cities gravitate towards the “measurement” end of the spectrum. To measure a problem or phenomenon is politically “safe” while acting, or creating change in the urban environment is a little more dangerous. 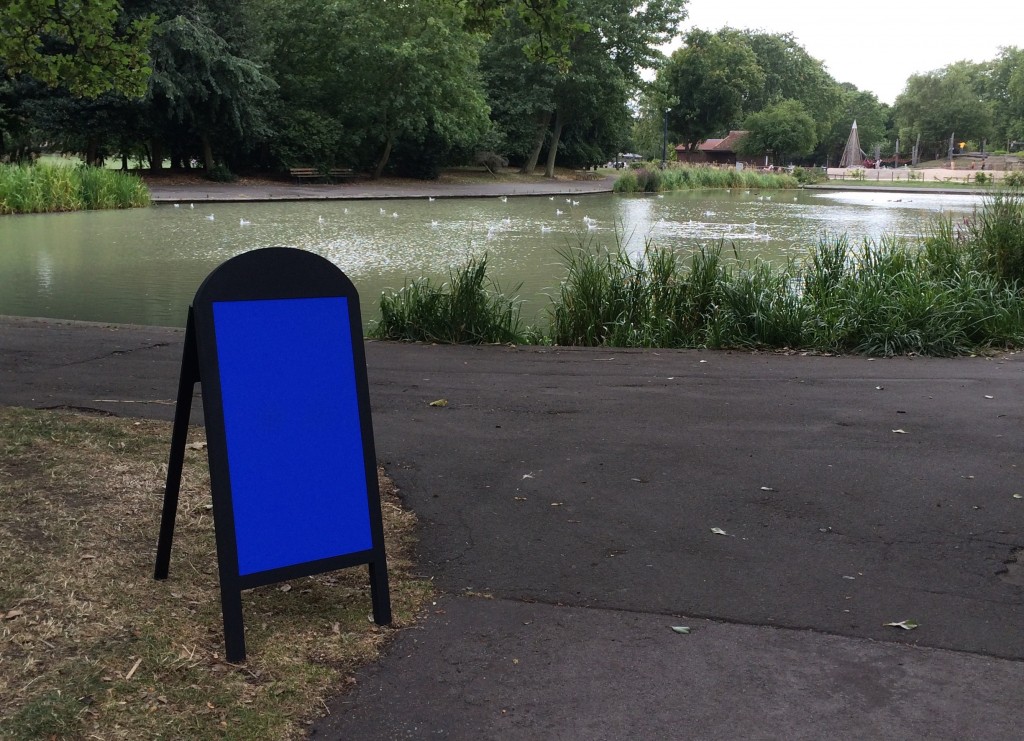 And so, in this exploration we called out the much trumpeted (and, personally, much maligned) “internet of things” as a potential “internet of action” where data is turned into meaning, acted upon, and injected into the urban environment in the right place and at the right time to create positive change.

We are surrounded by connected actuators – from traffic lights and level crossings to street lighting and water sprinklers. There is an array of things that is already deployed, but in the rush to measure everything have we forgotten what we are measuring for?

Whether taken literally, or just observed as a design principle – I think it’s wise to ask “Where is the actuator?”. Is it a visualisation? Is it a gate or other mechanical intervention? Is it a policy instrument or a kinetic sculpture? Whatever you are measuring, how will it be acted upon?

As a final note on this piece of work, it was encouraging to see the first urban deployments of e-paper display technology as we produced this film and its accompanying blog post. The city of Sydney, Australia was first out of the gate it seems, using the displays in parking regulation, while late in 2015 Transport for London began testing it for real time passenger information at selected bus stops in the city.

As of 1 April 2019, Future Cities Catapult’s name has changed to Connected Places Catapult after merging with Transport Systems Catapult.

The new Connected Places Catapult accelerates smarter living and travelling in and between the places of tomorrow. We focus on growing businesses with innovations in mobility services and the built environment that enable new levels of physical, digital and social connectedness. Working between public and private sectors and between local government and transport authorities, we help innovators navigate the complexity of doing business, creating new commercial opportunities and improving productivity, socio-economic and environmental benefits for places.

From Designer, to Project Lead