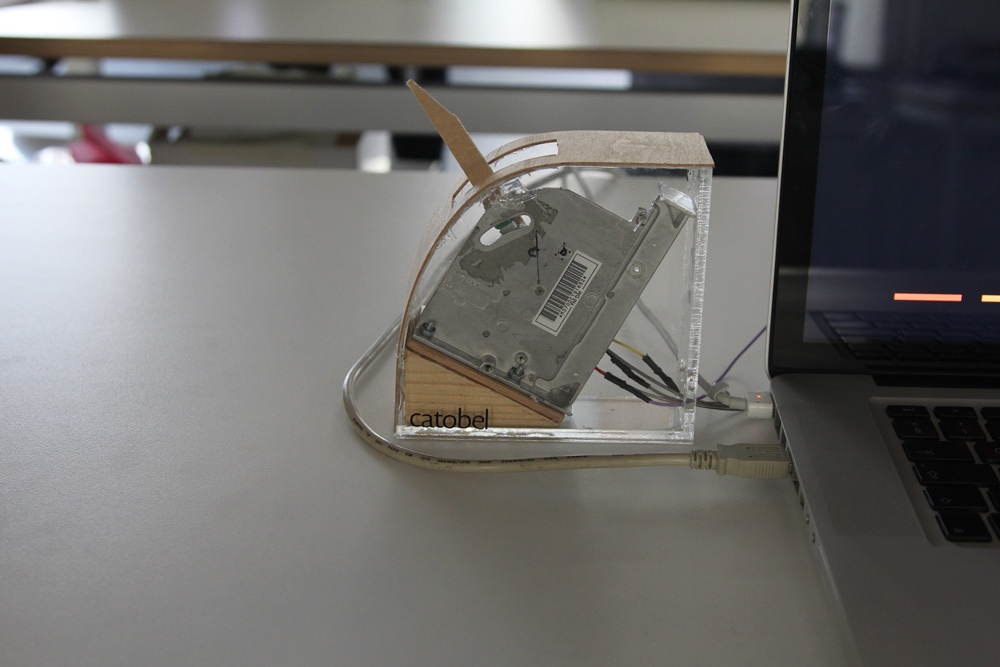 During a week long workshop run by Bill Verplank and David Gauthier at CIID, we were introduced to “The Plank” an augmented hard-disk chassis stripped to include only arms of the read heads and their voice-coil motor drive (instructions here). The Plank allows for fast prototyping of haptic feedback devices using just an Arduino and some code.

Working with Krissa Guðjónsdóttir, we prototyped fun interactions which capitalised on the haptic feedback provided by the Plank. The simplest of these ideas, a simulated light switch, resists your movement past the centre or fulcrum of the switch. It then snaps into the opposite position once that centre is passed. Connected to a Processing sketch, the metaphor was complete. “Ultimate Lightswitch” is featured at the end of the associated video clip. 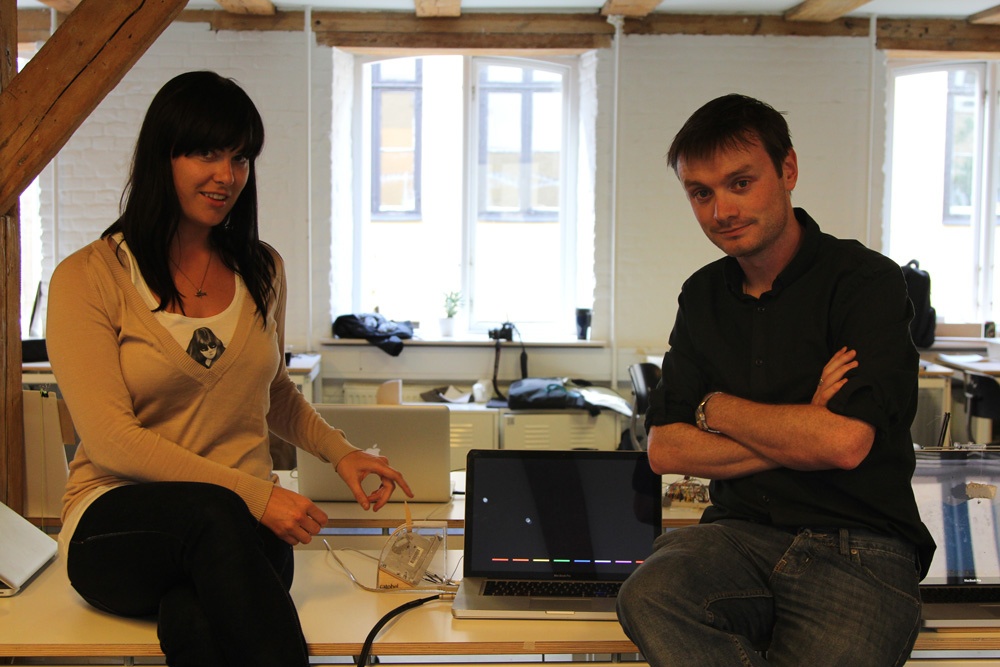 Further work yielded “Catobel” – a musical catapult, entirely simulated by basic physics in software and haptic “elastic” feedback provided by the Plank. As expected, the instrument was difficult to play – you need to pull back the “catapult” to propel small balls across the screen, they then must “ring” the appropriate note, wherever they fall. As expected however, the instrument was vastly more difficult to play with the haptic feedback switched off.

RetroCam: Capture the Moment You Missed