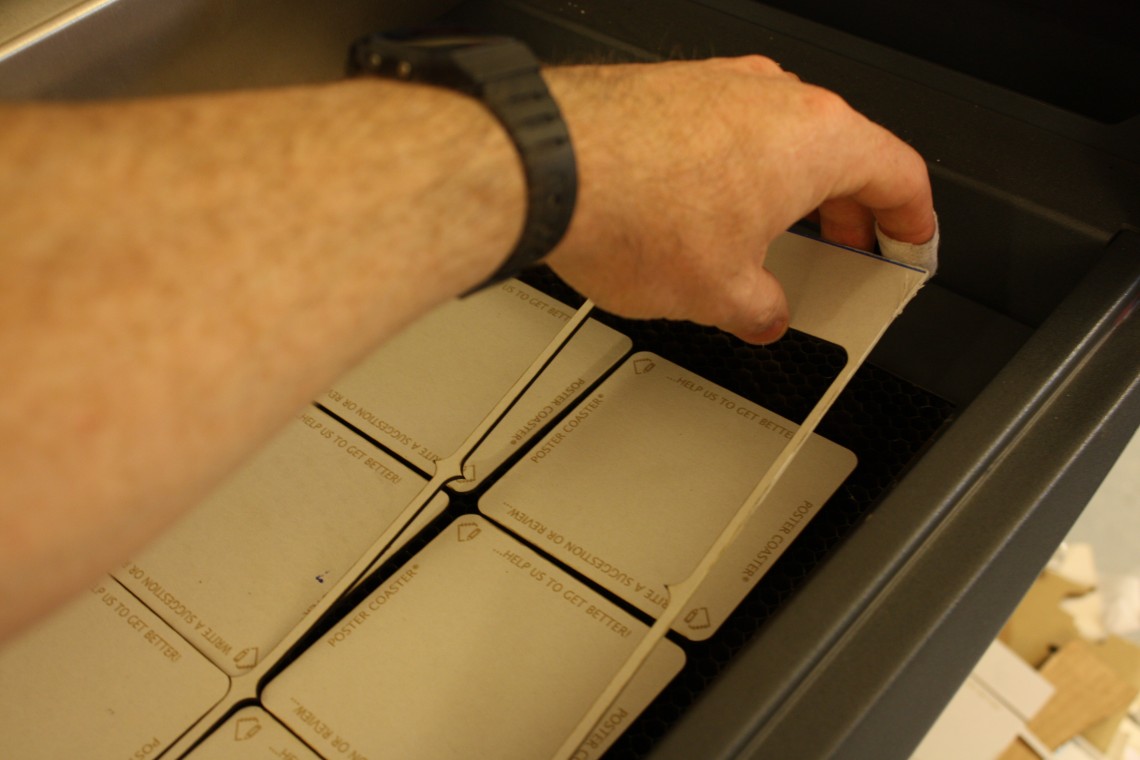 With the industry project with Maersk finished, I can add to my list of experiences at CIID my very first complete “all-nighter”. Friday morning, 4am, I was buried under a blanket in the studio – not sleeping – but recording a voiceover with the kind of frantic enthusiasm only found at 4am in the studio. We presented on Friday, and did well, I think. On reflection, a recent reference to the school as “Copenhagen Institute for Presentation Design” was a telling observation. I sometimes think I’m a lot better at talking about this stuff than doing it, the gift of the gab can be a blessing and a curse.

Anyway, on topic, the final project has resumed. This week, week 4, was a slow one. On Monday I didn’t bring myself to go to the studio until midday, preferring the morning off to gather thoughts. The week continued in similar vein, hampered by constant throbbing headaches which have been hanging around for a few weeks.

A meeting with my adviser (Ishac Bertran) on Wednesday helped me pop my head up from the rut. He encouraged me to get out and prototype one of the concepts I’ve been toying with since near the beginning. I’d like to use coasters (beermats, where I come from) to collect feedback, reviews, advice and tips from travellers in the hostel. I’d like to see how people use the coasters as a back channel, if at all, to the hostel management and the future guests.

The week, however, continued to trundle along slowly, with my enthusiasm simmering somewhere around zero, the headaches easing and my indulging in some pumpkin carving to pass the time, and provide a housewarming surprise for some classmates.

Thursday and Friday were spent mostly by the laser cutter, waiting for hours as I cut and etched around 40 beermats out of card I’d picked up earlier in the week. The laser cutter makes the card smell awful, but it’s fast. I’d like to figure out a way to make the finished product more colourful, attractive, closer to real beermats for prototyping.

Ending the week with a review of where we’re at, my awesome tablemates at the studio Marco & Helle encouraged me to get out of the rut and into the field, testing some concepts and having some fun. Headaches are gone. The wonderful people at Sleep in Heaven in Nørrebro have agreed to let me do a few prototyping exercises in their common areas. I hope to take things up a gear, or rather, put the car in gear, in the coming week.

It’s worth mentioning that there are a lot of exciting things going on in the studio. It’s awesome to see the magic the people around me are weaving. Feel very privileged just to be able to watch it happen.