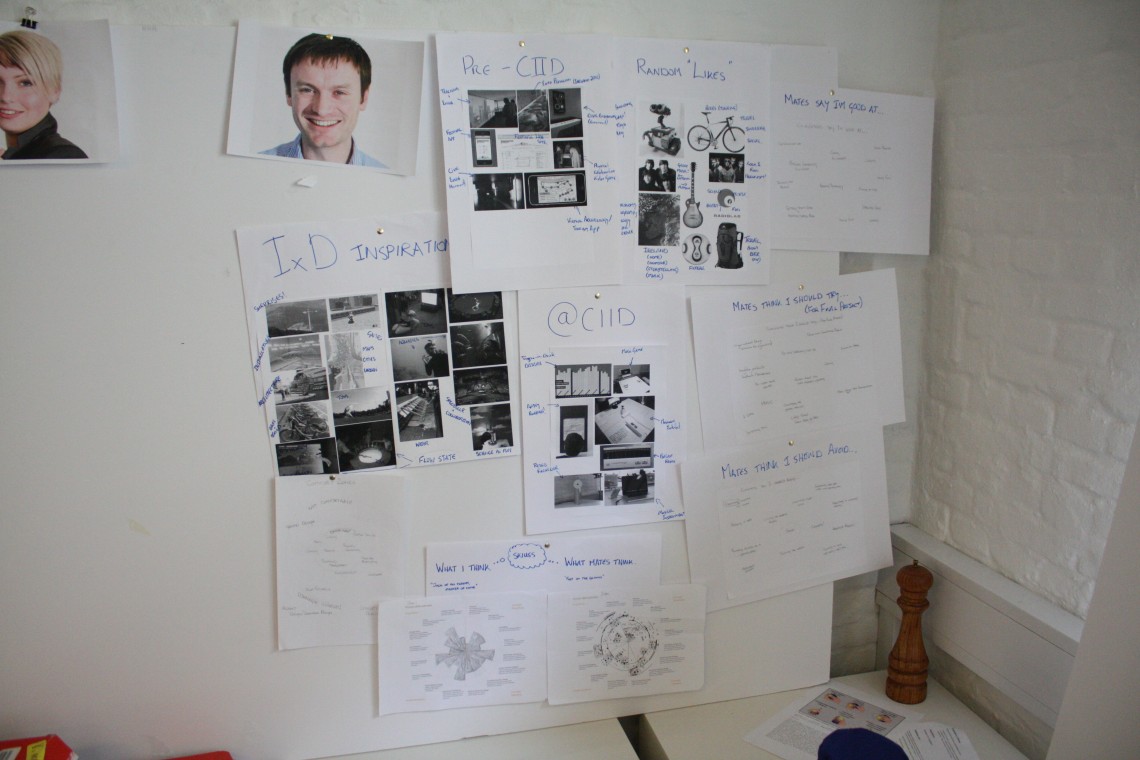 And so it begins. Week 1 marks the end of a two-week reflection period during which we were asked to reflect on learnings since January.

I composed “mood-boards” beginning with my work pre-CIID and during, some of the IxD projects that have most inspired me, my random “likes” and hobbies and some information on my skillets, both my own personal opinion and a synthesis of the feedback I have received from my peers.

All this information became part of a presentation I made on Tuesday, outlining what I’d experienced and learned, and pointing towards my final project.

My proposal is to conduct investigations between here and September, trying to find the context in and perhaps even concept upon which I would like to work. This will be a major hurdle for me. I don’t work well on a conceptual level, even less so on a contextual level. However, CIID is likely to be one of the few occasions where I’ll be allowed to choose my context, so I don’t want to mess this up.

I’ll start with “Water”, collect, synthesize and analyze inspiration for two weeks, and hopeful move on to something else. I hope to do two or three of these exercises, add some concepts to a shelf each time and come back to choose one in September.

I’ve also started posting to this blog. I hope I’ll have the discipline to keep this up. It’s inspired by the weeknotes of Berg London and encouraged by feedback from @Mayonissen.