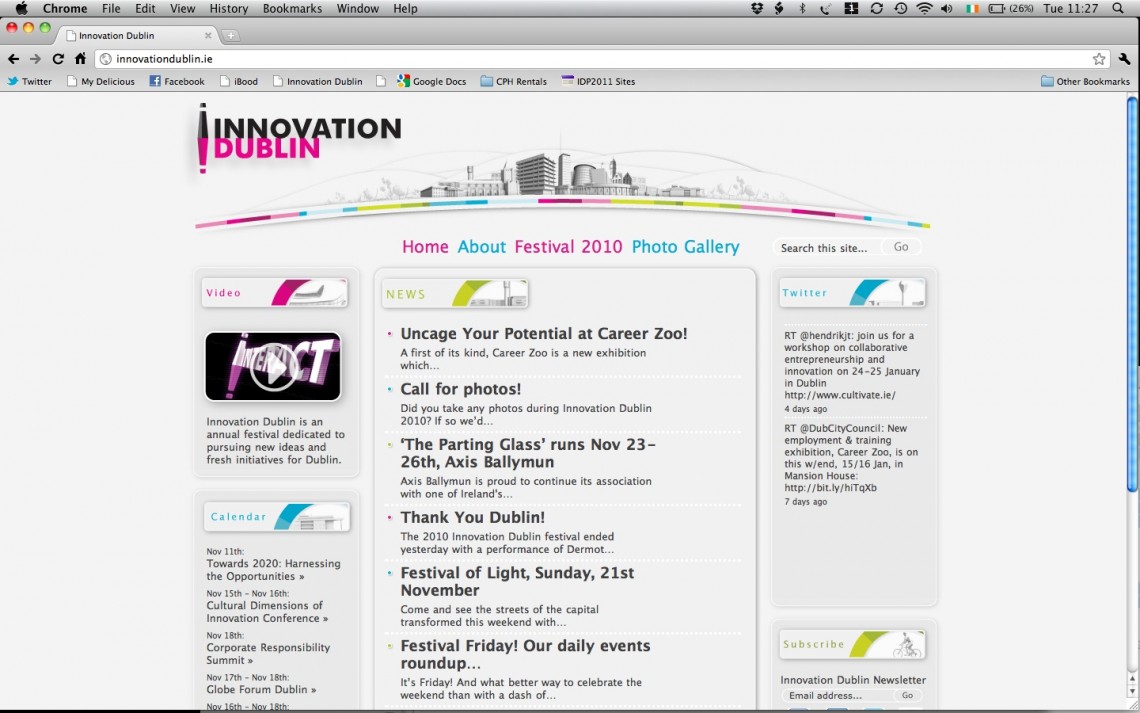 Running for it’s second year, the Innovation Dublin festival was extended and became a city-wide initiative with a broader brief to promote innovation all year. The redesigned site, built for Dublin City Council by Silver City Media included an improved map system to browse the hundreds of events throughout the program.

The iPhone application included news and Twitter feeds, with events browsable by venue, location on the map and by date. The iPhone app saved data for offline use, in order to facilitate iPod Touch owners who might find themselves without wifi.