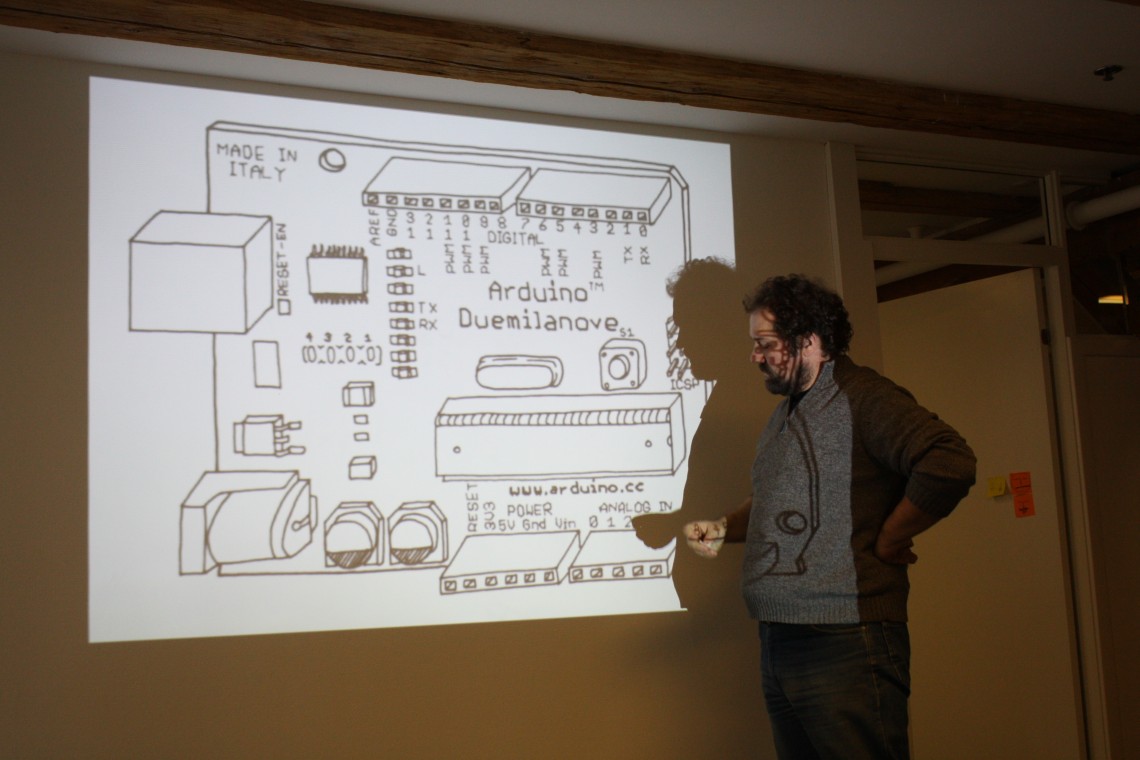 It’s the day after an awesome party (thanks Alix!) celebrating the end of our two week Physical Computing class at CIID. I’m on the bike listening to Coldpatrol or Snowplay or one of those generic indie bands I’ve always loved. I’m going back over the two weeks we’ve had and trying to sum them up in my own mind, with this blog post in my thoughts.

An example of an original Garda car and my greatly improved concept design.

We spent two weeks under the watchful eye of Arduino co-founders Massimo Banzi and David Mellis as well as CIID faculty David Gauthier. The first week was a frantic project-per-day baptism of fire in Arduino, electronics and, for the brave, Processing. My first project, a paper model Garda car, made me smile, but most enjoyable of this first week was “Beat Me”, a game produced on the last day of the week with Harsha and Mette as teammates. 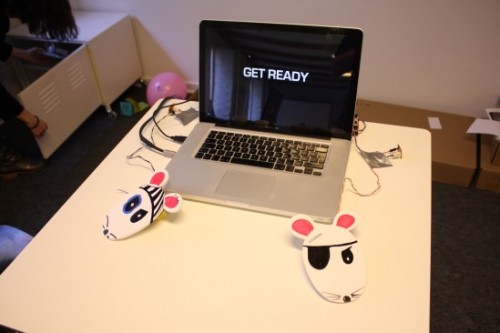 “Beat Me!” uses Arduino, some capacitive touch-sensors and Processing to pitch players against each other in a “Twister meets Dance Revolution” game. You just beat out the rhythm of the music on the controllers, changing the part of your body that you’re using when the game prompts you.

Processing does the beat detection, using the awesome “Minim” library and sends a message to Arduino every time it detects a beat. Arduino, with a little built-in tolerance, checks if the players are in time and handles a simple scoring system which is transmitted back to processing for display.

As week two arrived, we were asked to build a low-budget science museum, curated by ourselves as a class, with the aim of explaining some of the mystery behind modern electronics. A long day’s brainstorming produced 6 computing-related topics, in teams of three we set about developing our exhibits.

The CiiDMote, designed to explain how modern game controllers work, was collective effort of Alix, Hari and I. Online explanations of accelerometers are jargon-filled nonsense, so we simplified the functionality of an accelerometer and upscaled by a massive factor. A sneaky, real-life, electronic accelerometer is embedded in the finished product. 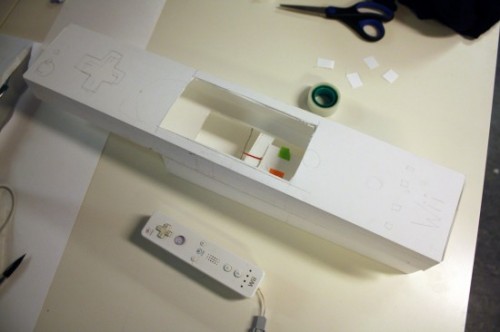 Paper prototype of the CiiDMote

The exhibit includes a low-fi visual of a horizon and cockpit of a plane displayed on screen. The CiiDMote controls this game by tilting and rotation (2 axis) while also tilting a physical model of a plane positioned in front of the screen. The technology used included Memsic 2125 accelerometer, servo motors, Arduino, Processing, drinking straws and thumb tacks. 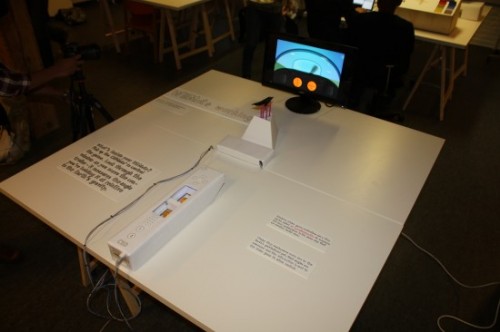 The final exhibit as part of our mini science museum exhibition.

Physical Computing was always going to be one of the most enjoyable modules for me. I’ve spent the last four years trying to get work specifically in that field, with varying degrees of success. The surprise during the past two weeks was the sheer speed with which prototyping is possible and how that speed is simply “expected” around here.

Sometimes the detail doesn’t matter, you’re proving a point, or getting an idea across. Tired, hungover and happy I heard Gary Lightbody sing on Saturday afternoon – “If it looks like it works and it feels like it works, then it works.”. IDP11 embraced this during the past two weeks, I think everyone should be very proud.