How might we design and build a service to make “smart city” technology available to all citizens for experimentation and development?

Almost 18 months in, “OrganiCity” deserves a writeup here. This project has been my main focus at Future Cities Catapult. There will be further updates, but this is the story so far.

OrganiCity is about a new approach to “smart cities”, “internet of things” and “urban data”. It is a European Commission funded collaborative research and development project which includes fifteen participating organisations from across Europe. It’s spans the three cities of Aarhus (DK), London (UK) and Santander (ES), and is designed to scale to many more. 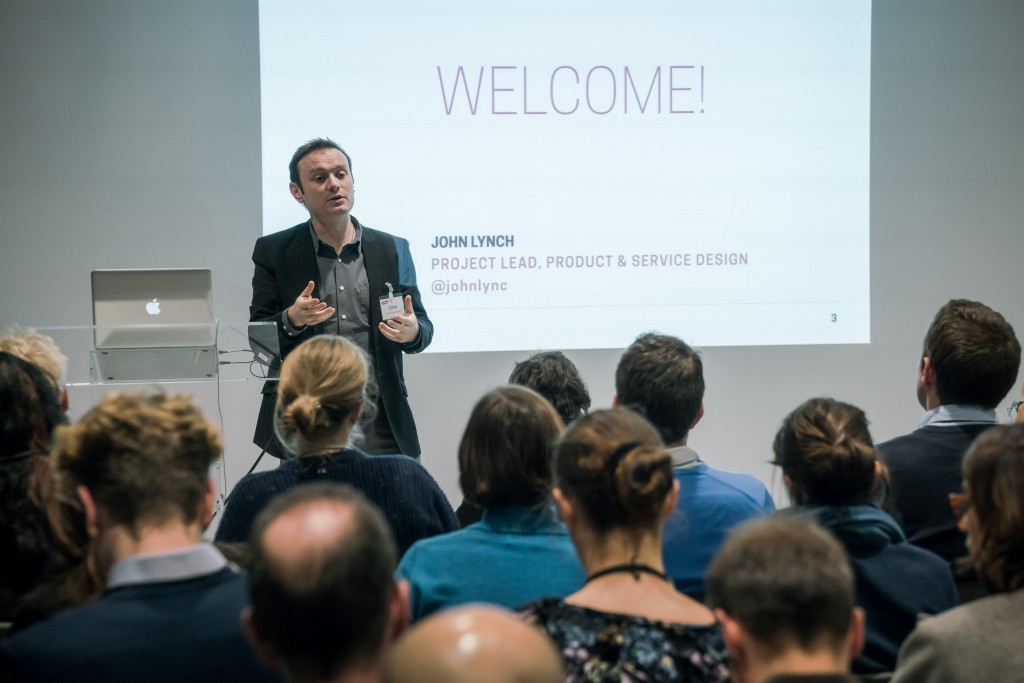 The precedent is the traditional “smart city” scenario where a major vendor sells a lot of sensing hardware and processing power to a city on the promise of major efficiencies and savings. What OrganiCity is trying to do is to activate citizen participation in this process enabling a wide demographic base to conduct their own experiments on an experimental smart city platform.

The hope, is that by enabling local actors in the local context, new services and solutions will be developed which are much more in tune with the real needs of a city.

“Experimentation as a Service”

The delivery of “Experimentation as a Service” across three cities is no small undertaking. A huge effort has been made on behalf of the technical partners, (including Intel, Imperial College and Future Cities Catapult in London) to begin to unite the diverse data and “internet of things” platforms of the three cities. In addition there is now an integrated suite of tools to suit many skill levels and facilitate the creation of working prototype experiments using real urban data and connected devices.

The complete list of tools being released to experimenters as of May 2016.

But technology is only half of the story. This is a huge service design task and our team at Future Cities Catapult has led the effort to create a holistic and context-responsive service journey for the project from day one.

For example, the engagement strategy for the project outlines seven principles to apply during engagement around the evolution of an “OrganiCity”. These are applicable across the experimentation-as-a-service journey described in the same document and exemplified by activities across the three cities in 2015/16. The idea is to guide a city, but not prescribe the approach – to be respectful of the local context. 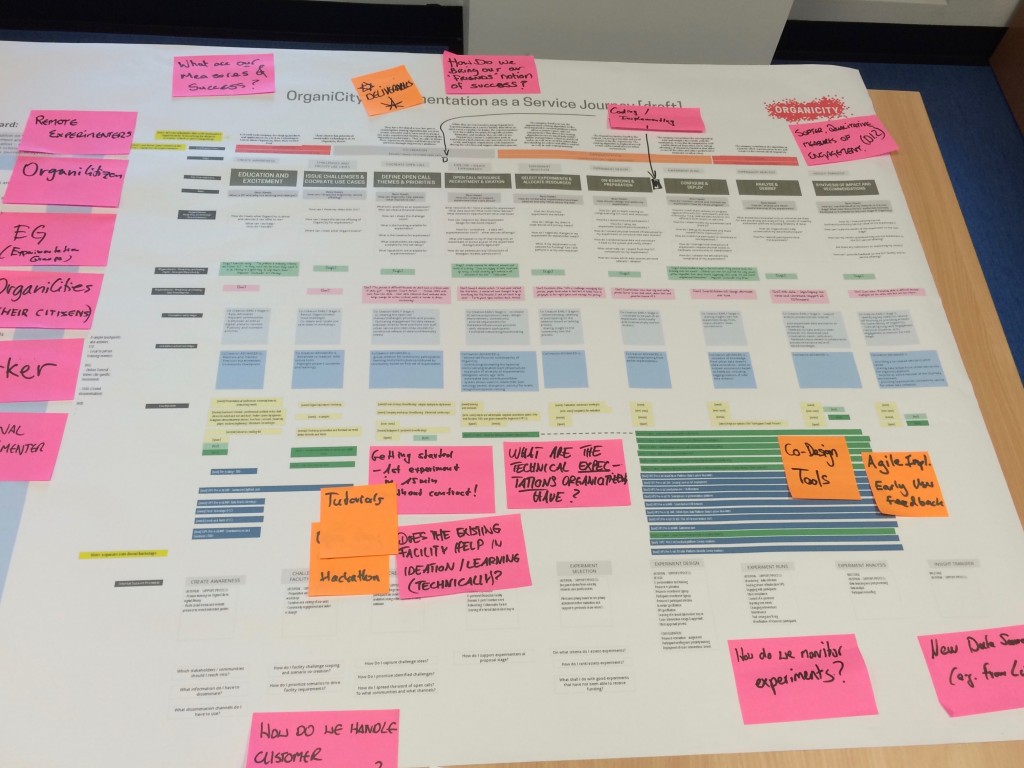 An early of the OrganiCity Experimentation-as-a-Service blueprint.

Early in the project we also created a unique brand and extensive visual design guidelines and assets for the entire consortium to use. If OrganiCity wishes to engage people we have some sexy brands to compete with!

And so, with the service journey defined, strategy established, and brand and web presences up and running, so began the huge implementation process behind “experimentation-as-a-service” across three of Europe’s cities.

This process culminated in the launch of a funded open call for experiment proposals in March 2016. Citizens, artists, researchers, businesses, activists, governments – any city stakeholder may now apply for up to €60,000 in funding for their urban experiments.

With touchpoints including multiple social media channels, a newsletter, website, workshops in locations across Europe, conferences, talks, focus groups, an online proposal submission and evaluation platform, helpdesk ticketing system and of course, a suite of twelve different data tools across three cities – this task was complex.

Participants examining research relating to mobility in the city, during one of two the “OrganiCity Futures” workshops, May 2016.

We’ve already begun receiving applications from potential experimenters and look forward to seeing what the community across our three lead cities produces from September 2016.

To find out more about OrganiCity, the technical tools available, and to apply for the open call, visit www.organicity.eu. Check out the local Facebook pages for Aarhus, London and Santander to connect with the community. You may also follow @OrganiCity_EU on Twitter or browse/rate/contribute future scenarios for the smart city at OrganiCity Scenarios.

OrganiCity will once again hold an open call in 2017, with work on this three-and-a-half year research project continuing to June 2018. The first deadline for applications for funding in our open call is June 29th 2016.